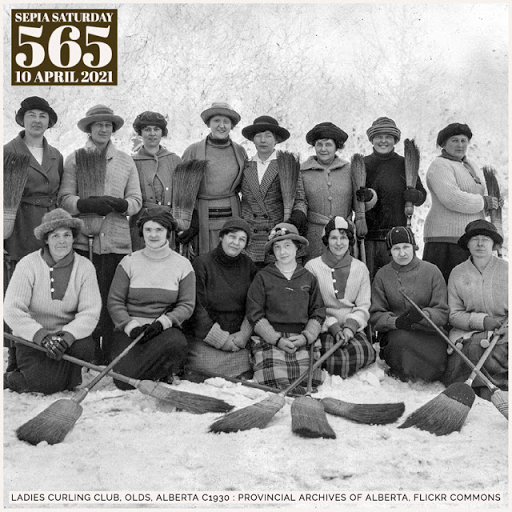 Love this shot of the ladies curling team, so decided to go with a sports theme this week.

These photos may not be all that ancient, but as my family loves sports and has played in many teams, I thought this a good chance to celebrate the fun, friendship and achievement we have shared over the years.

In my youth I was never considered to be an athlete, being very short and chubby, but I suddenly blossomed in my teen years and became sports mad. here I am as runner up in the YWCA Athletics Championships - that's me in the middle. 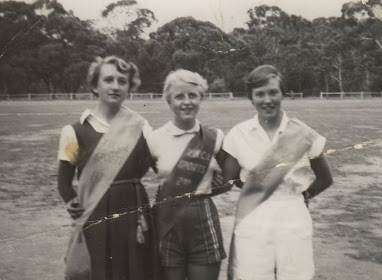 Meanwhile, unbeknown to me in another part of the state my future husband was starring as the Senior Boys Champion (and a bit of a heart throb, I think). That's Don second right in the back row. 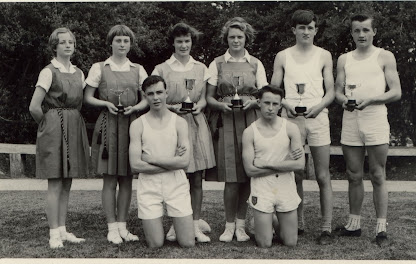 And during winter he was captain of the school football team - centre front "holding the ball", which by the way is a rule in our football game - you can't do it! 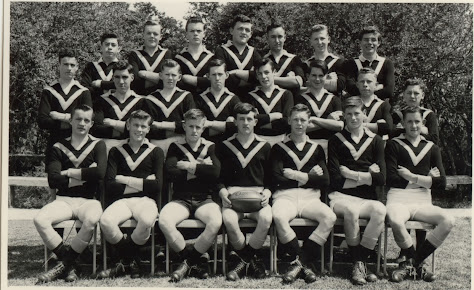 And a fearsome - and very skinny fast bowler in the school cricket team. He did go on to play very good cricket in Adelaide and Darwin, where his speed and skill earned him such headlines in the local newspapers as "Teacher Needle Canes the Opposition" and "Nightcliff without Needle is like a Ship Without a Rudder". 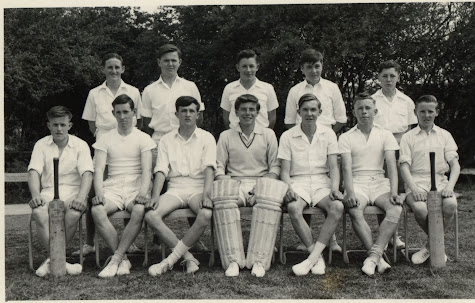 Though perhaps he is best known in family circles for his fishing prowess - or lack thereof. 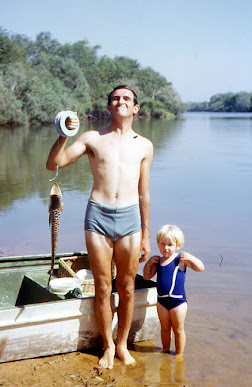 Not  to be outdone, I became known for  playing Hockey and Softball, although I haven't many photos of myself. Here I am with the girls I taught and coached. We were premiers that year. 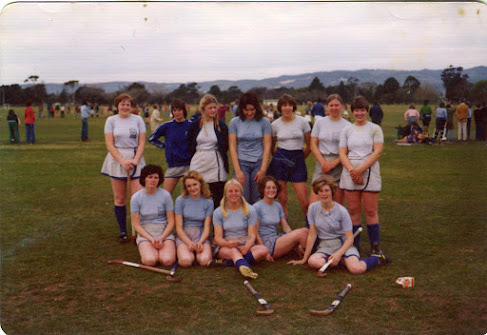 And my Darwin Softball team that I captained and coached. 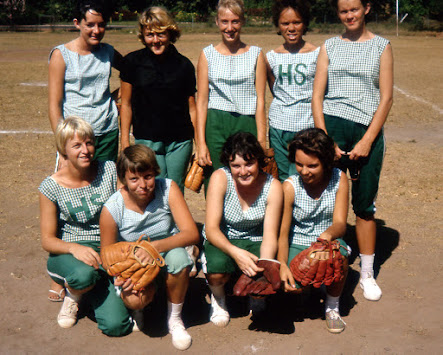 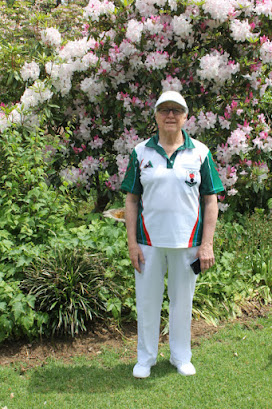 And together we organised and ran many school sports days. 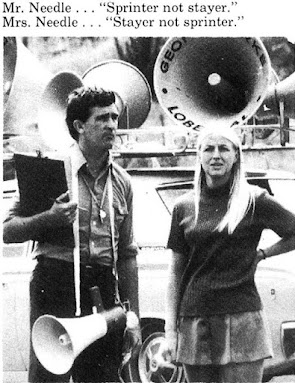 And just to finish off with an old one. Here is my mother with a netball team she coached back in the thirties. That's her on the extreme right with "The Hairstyle!" 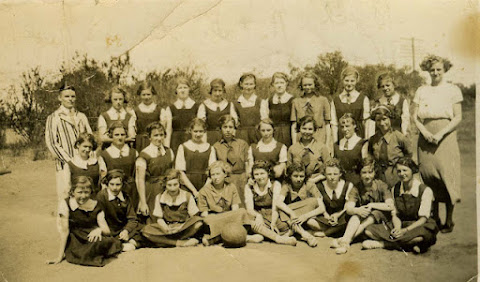