So much has happened in the last couple of weeks - and no time to record it. First I'll update you, my readers (?) on the fantail story.

I came home a week or so before Christmas and the three babies were bursting out of their nest. We had a few quite warm days aso little mother didn't need to sit on the nest, which was just as well as there was no way she would have been able to. 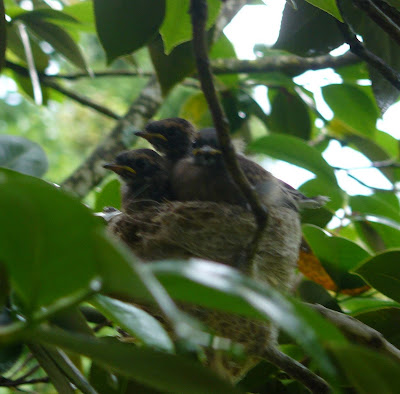 I grabbed the camera and took this shot. As I was snapping, one of the babies hopped out of the nest and perched on the branch. 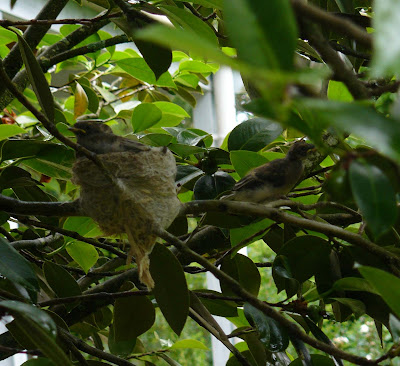 Then, he suddenly took off like a bullet and disappeared over the mulberry tree. Meanwhile mum was swooping around my head and dive bombing me.

And then there were two. 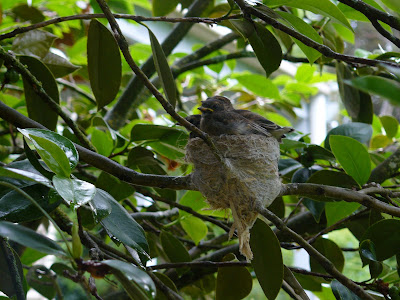 I was a little worried that I might have pre-empted the departure, but by next morning the nest was empty and all three and the parents had gone.

Two days later later Don reported that he had seen the two parents with the three little ones flying around the silver birch in the back garden. So all is well. I wonder if they will nest so close to the house next time.

Posted by Liz Needle at 8:14 PM No comments:

Have a wonderful Christmas everyone.

Liz
Posted by Liz Needle at 9:09 PM No comments:

Our baby fantails have hatched amid great excitement. We can see it all from the kitchen window, but the little things are so used to us that I can go right up close and snap the progress. The other day I was taking a photo of the babies while neither parent was home. One parent flew in with a mouthful of food. She fluttered around me for a moment then flew straight in and fed her brood. 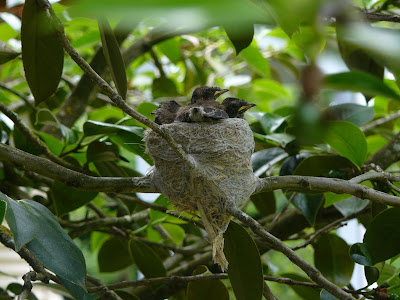 There are three of them - now getting too big for the little nest. 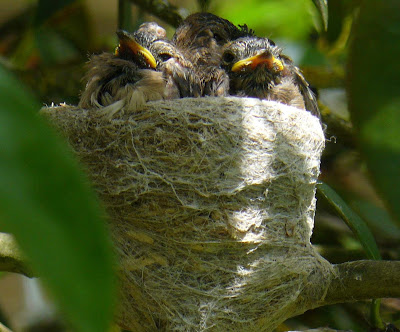 Close up. Only a mother could love 'em. 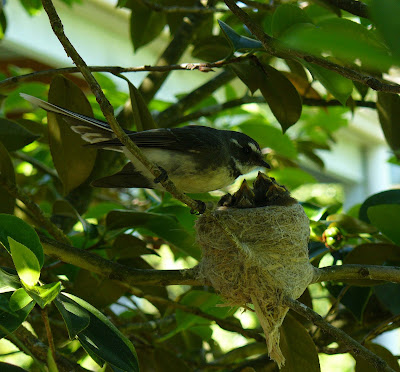 They don't seem at all worried by us or the camera. I am about a metre away. 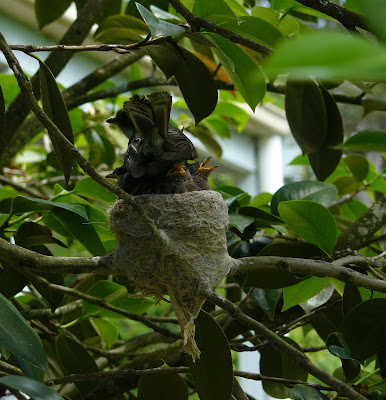 It's funny watching them sitting on the nest now. Not really enough room in this abode for 4!! 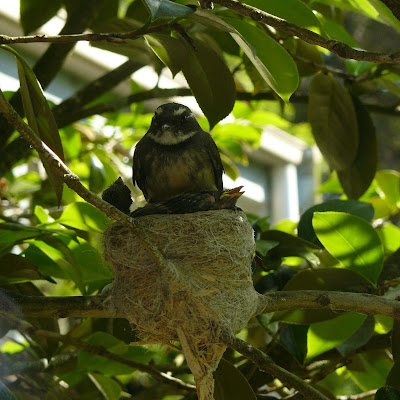 We are hoping the little nest will last until the babies are ready to leave home. It's starting to get quite misshapen and squashed looking.