This week the Sepia Saturday prompt is TWO which pleased me enormously as Twins seem to run in my husband's family and I have some lovely old photos to share. But, I decided not to stop at Twins as there are so many other twosomes in my albums which I would also like to share with you.

My father-in-law Ronald Arthur Needle was born in 1912 and was the second of twin boys, his elder brother Frederick Alexander having preceded him by some minutes. I have no record of how much older Frederick was and he was rarely mentioned in the family as he died of pneumonia when he was 14 - or thereabouts.

Interestingly, I can find no official record of the year of his death. My brother in-law had it down as 1/6/1926 in his family tree, he is not even mentioned in another family tree and the only other reference I can find says somewhere between 1926 and 1930. I only just discovered this a few minutes ago when I was looking for information for this post, so I will have to try to find an official record. My husband cannot remember his father (the other twin) ever mentioning his brother. 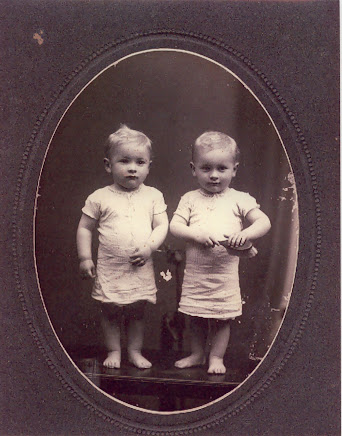 I love this photo of Frederick and Ronald - I have no idea which is which, but they are obviously identical. I would think this was taken early 1913.  There appear to be very few photos of the twins, but the one below shows them at about 6 months old with their mother Rosa and older sister Phillis. 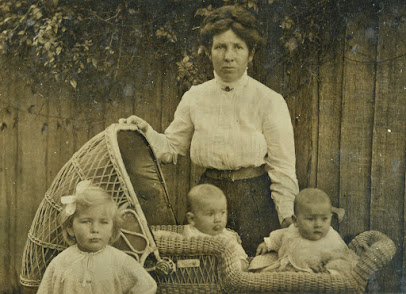 Skip to the next generation and we have the twins who appeared in last week's post. These are my husband's younger brothers, Peter and Paul at about 8 months old. 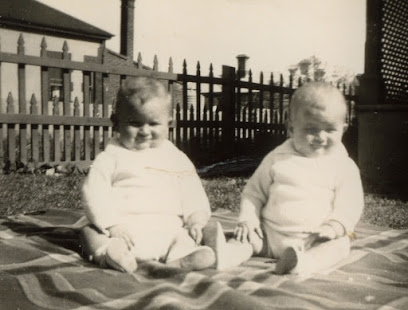 And my favourite photo of them at about 3-4 years old. You will see more of these little cuties next week for THREE. 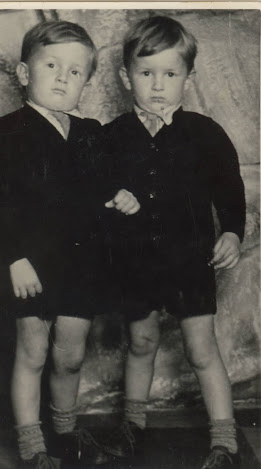 And the last of the twins. We skip yet another generation and here are Don's great nieces - the granddaughters of his eldest brother Fred. 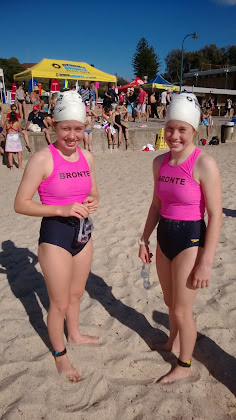 That's it with the twins, but I had to share a few of my favourite family twosome  photos. The first one shows two of my great-aunts, Agnes and Ida, taken around 1880 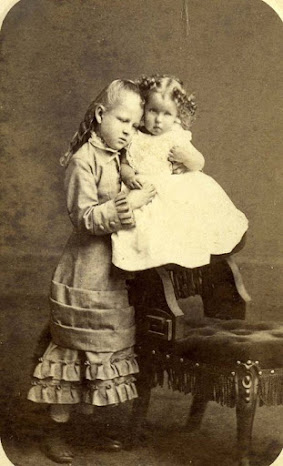 And the other two in the family - my great aunt Laura and grandfather Carl. 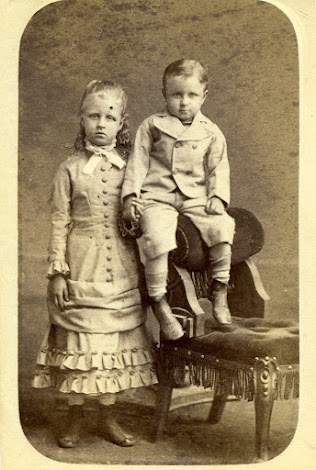 This next one I am not sure about. I think it is my of my great aunts Agnes and Laura. If you look at the photos above, they would appear to be the two older girls at a younger age. 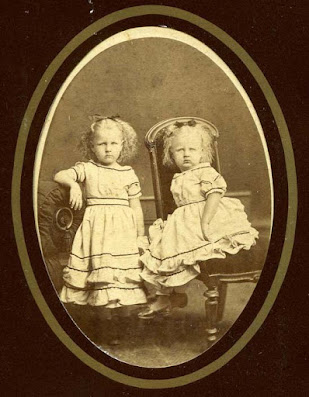 My maternal great great grand parents, Martin and Dorathea Weber who came to Australia from Germany in 1850. 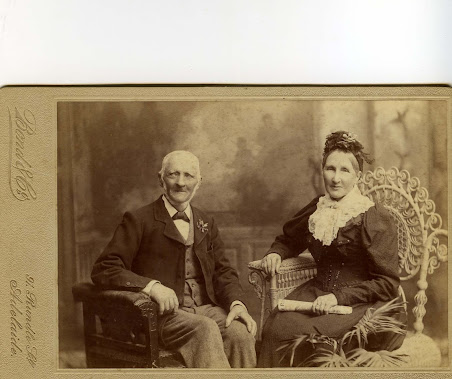 And here is their beautiful daughter Anna Margaretha (my great grand mother) on the occasion of her marriage to Christian Lehmann.  She looks a lot like her mother. Sadly she died less than 10 years later, leaving 6 children, the youngest only 5 months old. A couple of years later Christian remarried his sister-in-law Dorathea Weber and had another 4 children. 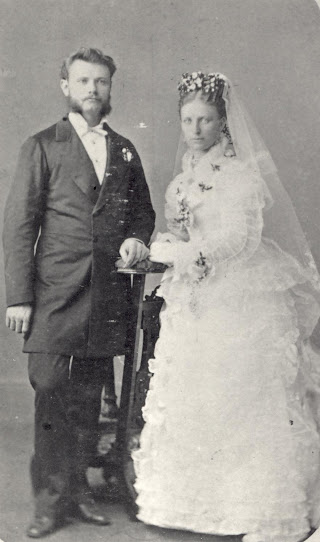 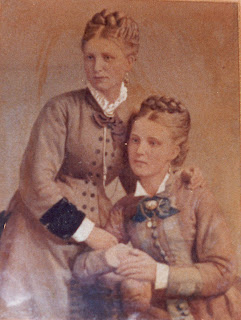 Back to my husband's family and here we have his mother Mavis and her sister Jean. I love these lace dresses. Mavis (right) was born in 1913, so I would place this shot about 1918. 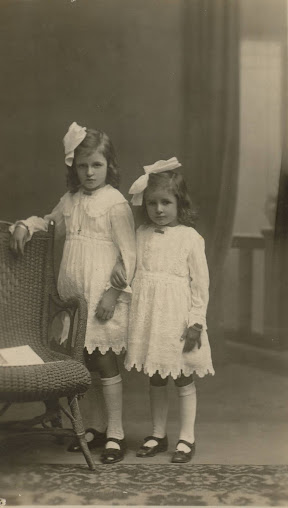 And finally one of my favourite photos of my youngest brother-in-law, Mark. He'll probably kill me if he sees this, but this is payback for all the cheek he gave me when I started going out with his favourite big brother!! Junior Deb Balls were all the thing in country South Australia back in the early fifties and he was very cute. 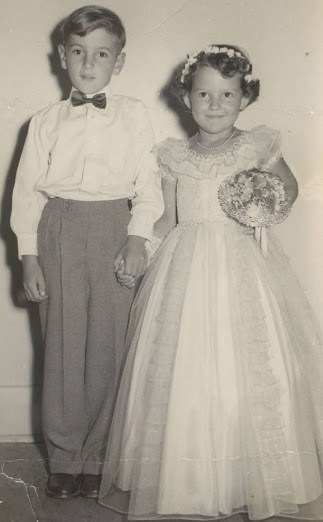 Oh dear. I have got a little carried away with my TWOSOMES. I hope I have not put you off.
Liz Needle linking with  Sepia Saturday.