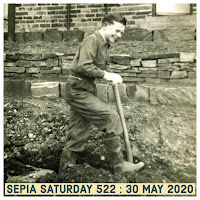 I was really pleased to see the theme this week - one close to my heart. Gardening is in my blood and in the blood of my ancestors.  My great grandfather, a German botanist, came to Australia in 1851 and worked at the Melbourne Botanic Gardens as head plantsman and secretary to Ferdinand von Mueller, the Director of the gardens. E.B. Heyne drew up the plans for the Botanic Gardens. 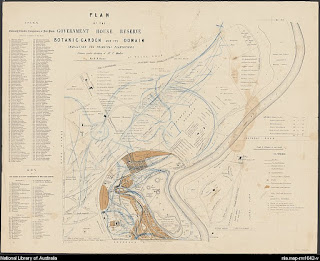 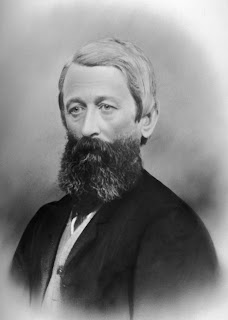 He moved to Adelaide around 1860 and established a nursery and opened the first shop for seeds and plants in South  Australia. He wrote regular articles for the 'South Australian Register' about the cultivation of forest trees, forage plants and pasture grasses.

In 1871 he published "The Fruit, Flower and Vegetable Garden" a book which ran into four editions and was the first of its kind in South Australia. He was a prolific writer and secretary to the Vignerons Club where his contribution to the wine industry was publicly acknowledged. 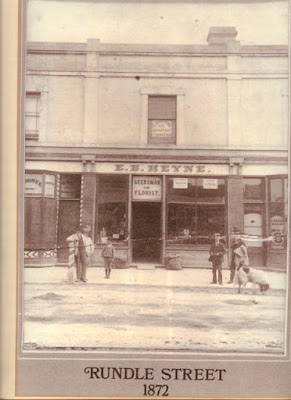 His son, Carl, graduated from Roseworthy Agricultural College, then took over the management of the shop and nursery. He had nine children. Below are the four oldest in front of the original nursery. at William Street Norwood. My mother moved back to live in this house in 1956. The house is still there, but no longer in the family as my mother had to sell it when she moved into a nursing home. 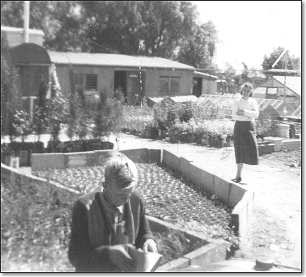 Wally and his wife Vera took over the nursery after the death of Carl in 1948 and the business passed on to his two younger sons, Roger and Gary and to their sons currently.

Heyne's Garden Centre and Wholesale nursery are flourishing under the fifth generation. Check out the link here.